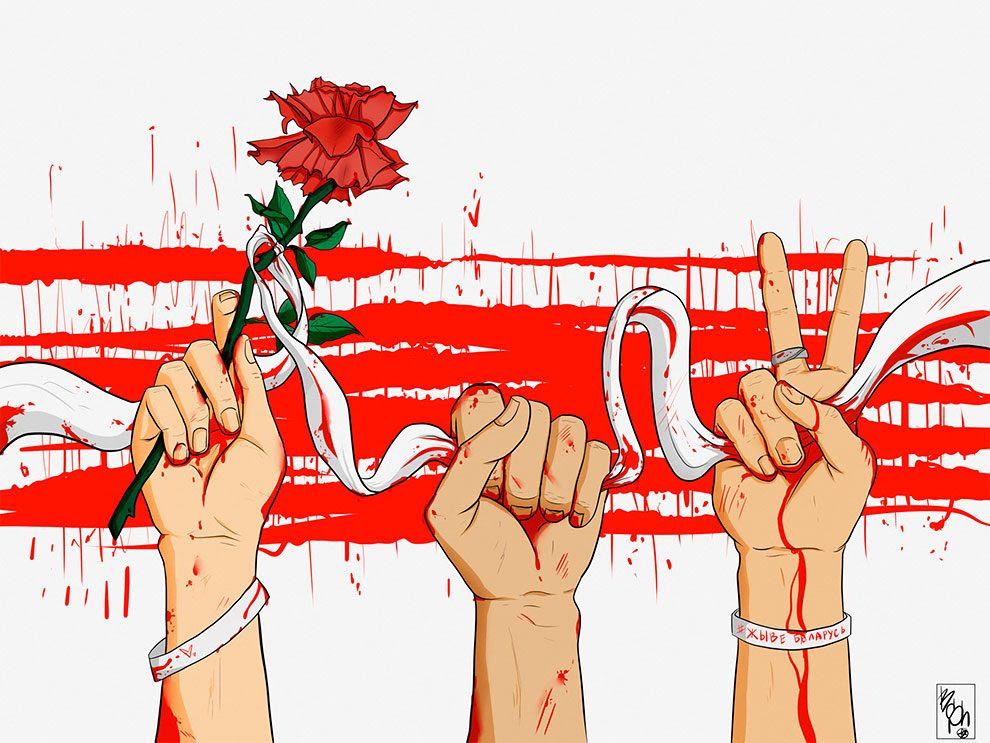 Please cast your support for the letter requesting Homeland Security grant Temporary Protective Status to the Belarusian political refugees and Special Student Rights to Belarusian students in the U.S. The letter is signed by the Tom Lantos Human Rights Commission members and the House of Representatives Friends of Belarus Caucus. 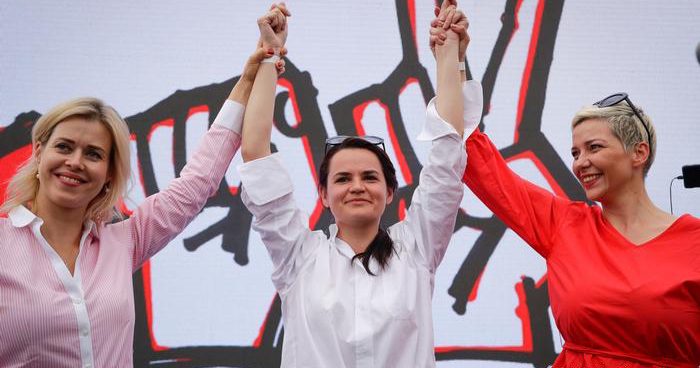 With the suppression of any possibility for any protest movement in Belarus, the Belarusian political exiles continue to fight for human rights and against the Lukashenka rogue state.

Volunteer organizations of the Belarusian diaspora worldwide create informational resources about the events in Belarus, conduct campaigns in support of human rights, and work on the plans for future democratic Belarus. The families of political prisoners, arrested, and detained people require help with daily expenses, legal fees, and medical expenses. Political exiles need support to start a new life in a new country. NGOs, like BySol, moved their operation abroad and have been collecting donations to support repressed people and exiles. Viasna, the now-outlawed flagship Human Rights NGO in the country, is still collecting and disseminating information about human rights abuses in Belarus.

In December, Sviatlana Tsikhanouskaya, the face and leader of the Belarusian democratic movement, spoke at the Democracy Summit. In recognition of their relentless fight for democracy and human rights, Tsihanouskaya, Maryia Kalesnikava, and Veranika Tsepkala received the Charlemagne Prize.

U.S. and International Response to Belarus

In her December interview, U.S. envoy to Belarus Julie Fisher vowed U.S. pressure on Lukashenka’s regime would increase. Speaking about the growing number of political prisoners, Mrs. Fisher noted the effects of the tightening of U.S. sanctions against Lukashenko and his inner circle. In addition to sanctions on Belarus in early December, the U.S. Department of State announced the designation of 12 individuals involved in gross human rights violations. The list, among others, included prison officials who ran the notorious Akrestsina Detention Center in Minsk, Belarus.

In Europe, Polish President Andrzej Duda called for solidarity with the Belarusian people. The Czech Republic and the U.K. have pledged troops to help patrol the Poland-Belarus border.

Iceland, Lichtenstein, and Norway joined the EU in adopting the fifth package of sanctions against Belarus adopted in September. The EU Commission President Ursula von Leyen announced $34 million in financial support to Belarusian civil society and a $3.4 billion economic and investment package set aside for democratic Belarus. 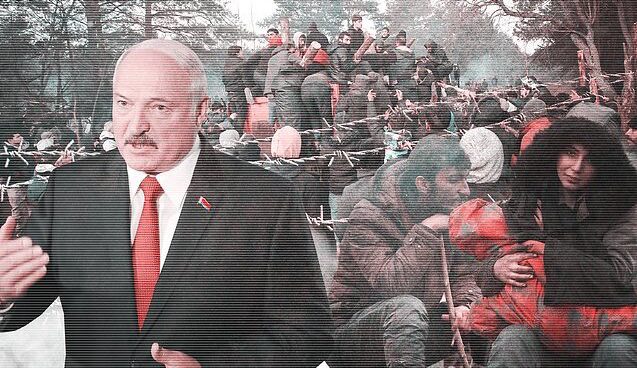 Thirty years after the fall of the Soviet Union, Lukashenka’s Belarus economically and politically has moved closer to Russia, partially fulfilling Putin’s dream of restoration of the Russian empire. After the massive pro-democracy protests in Belarus, the Lukashenka regime openly embraced violence and repressions, the ideology of confrontation with the West, and democratic principles. Lukashenka’s Belarus silenced and eliminated political opponents, orchestrated migrant crisis on the Belarus-EU border, and pledged full support to Putin’s aggressive plans toward Ukraine.

The regime is entirely dependent on Putin and Russia’s support, including loans and military assistance. Russia established its military bases in Belarus and is open to Lukashenka’s idea of stationing nuclear weapons in Belarus. At the CIS Summit in December, Lukashenka and Putin agreed to hold yet another joint military exercise in February 2022, while Belarus pledged to sharply reduce the oil transit fees for the Russian oil companies. Russian officials, in return, provided full support to the Lukashenka constitutional reform that would help him stay in power.

Belarus is becoming a full-fledged rogue state and a Russian proxy, an asset in Russian strategy towards the U.S., Ukraine, and NATO members in Eastern Europe. 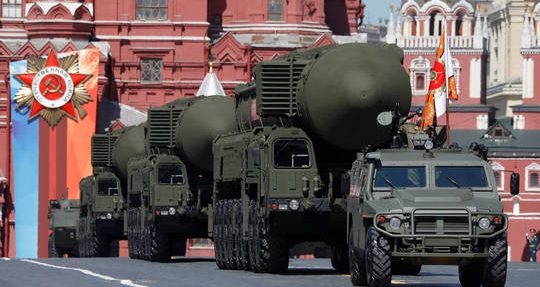 Repressions against all forms of civil society continue in Belarus. The crackdown includes the widespread politically-motivated firing of state employees. Thousands of employees of factories, universities, state enterprises, even police lost their jobs because of their past expressions of dissent, participation in protests, signing anti-violence petitions, or serving as independent election observers during the August 2020 elections.

The regime continues labeling independent media outlets “extremist,” which now includes Radio Free Europe/Radio Liberty, among many others. Committee to Protect Journalists labels Belarus as one of the worst countries for journalists, specifically noting Lukashenka’s vindictiveness against the regime’s critics. Political blogger Siarhei Tsihanouski, the husband of pro-democracy leader Sviatlana Tsikhanouskaya, was sentenced to 18 years in prison. Others charged alongside him received sentences of 14-16 years. Blogger Eduard Palchys was sentenced to 13 years in prison. 21-year old Russian national Yegor Dudnikov was sentenced to 11 years in prison for recording voice-over for oppositional videos.

Widespread KGB raids and arrests continue against former participants of 2020 anti-regime protests. At the same time, human rights organizations Viasna and former prisoners describe torturous conditions of detention of political prisoners. Among those singled out by the regime is human rights activist Marfa Rabkova, who also faces a massive prison sentence and has been barred from getting medical care. 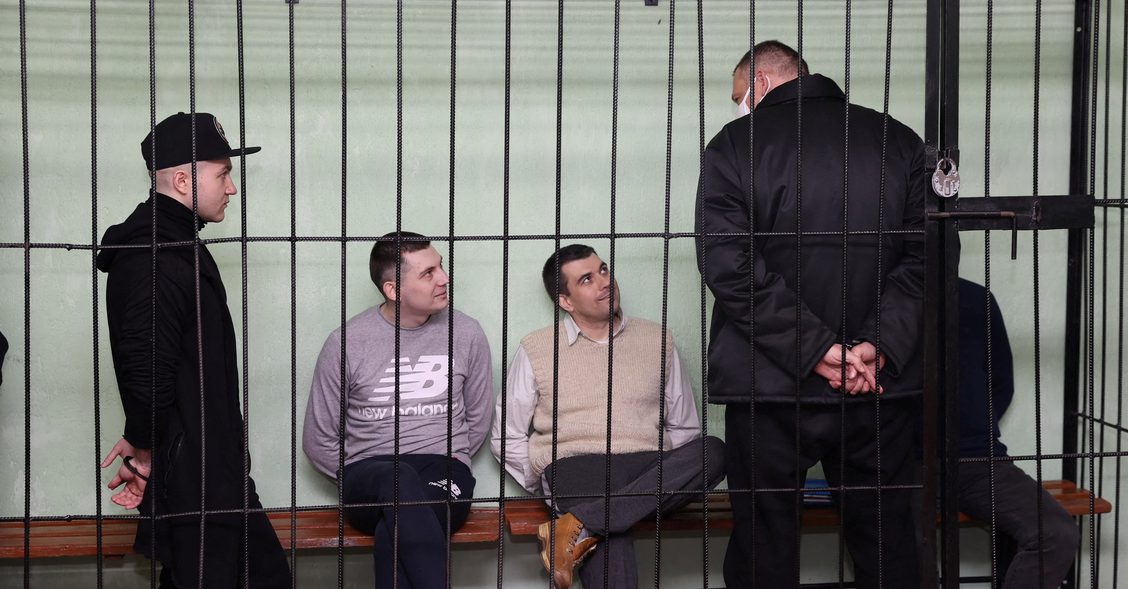 The Lukashenka regime continues to strangle freedom of speech. The Belarusian legislature is mass-producing new laws to restrict any public dialogue that questions  Lukashenka’s ideology and power.

In December, the Belarusian parliament introduced criminal responsibility for participating in any political party or civic organization not registered by the state. Also, Lukashenka endorsed an amendment to a criminal code that calls for 6 to 12 years for the activists working on expanding Western sanctions against his regime.

The politicized law on the genocide of Belarusian people during the Great Patriotic War brought the indignation of Israeli historians and activists who called the law antisemitic. The law considers all ethnic groups and prisoners of war who died in Belarus as Belarusian people, thus negating the Holocaust of the Jewish people. Under the provisions of the law, any historical discussion of WWII that does not agree with the state-approved interpretation of the events is a criminal offense.

In the last week of December, the Ministry of Education published a decree of Patriotic Education of Belarusian Population for 2022-2025. The document established the formation of the patriotic education council, which will include members of the presidential administration, the Council of Ministers, and all members of the vertical of power to consolidate the people of Belarus around the official ideology and symbols of power.

Teachers and parents report that the schools are forced to inform students about criminal responsibility for subscribing to the “extremists” channels, any form of protests, and white-red-white colors of the democratic movement. 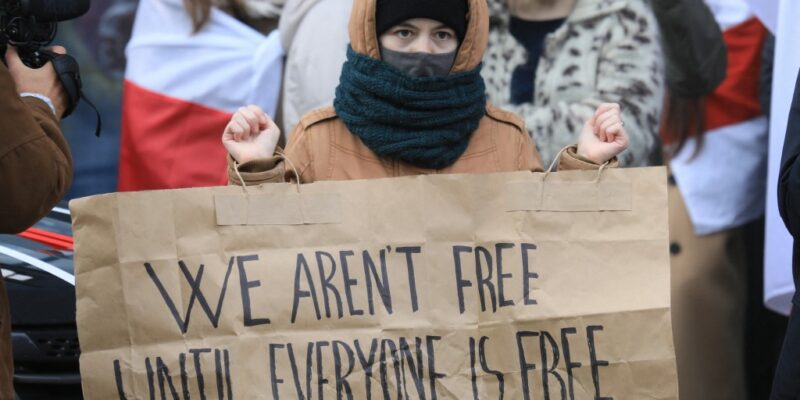 Finally, the Belarusian authorities released the initial draft of the proposed constitutional amendments to be voted for in a referendum in February 2022. According to the draft, Lukashenka may run for the presidency in 2025 and stay for two more five-year terms until 2035. The political exiles and anyone who temporarily resides in foreign countries are banned from running for the presidency.

The new constitution also proposes the creation of the All People Assembly (APA), which is to be the highest form of power. The APA will develop foreign, internal, and economic policy, appoint the members of executive and judicial branches, establish martial law, and has the power to impeach the sitting president. 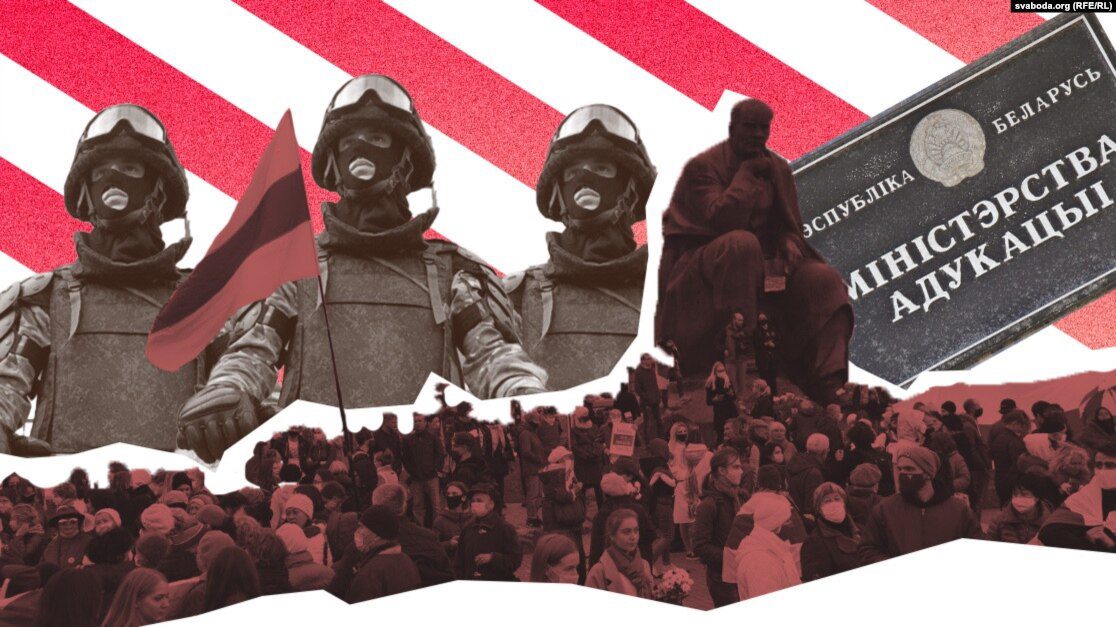 The Belarusian authorities are escalating repressions and increasing confrontation with the Western countries. In retaliation for the sanctions, Belarus established a ban on food imports from Western countries. Belarusneft, a petrochemical company, will stop its oil delivery to Germany in 2022. The official Belarusian media and the regime’s international partners actively spread propaganda narratives accusing the West of undermining Belarus’s independence and integrity.

Recently, the Belarusian authorities reduced their diplomatic presence in Western capitals, focusing their diplomatic efforts in African, Asian, and South American directions. There are reports on possible strategic partnership and military cooperation agreements with China and talks with Mongolia, Nigeria, and Venezuela. 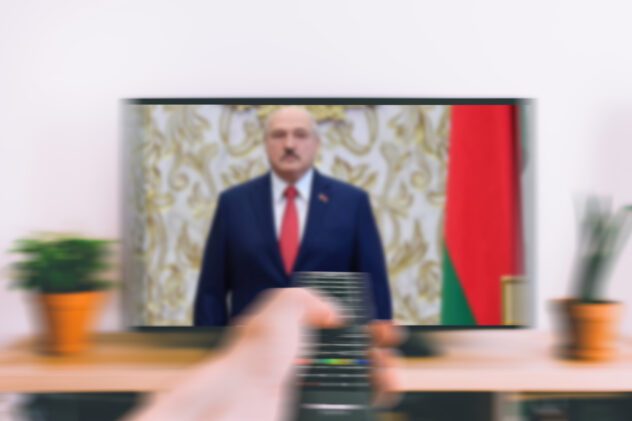 Despite the diplomatic backlash, many Western companies keep doing business with Lukashenko’s regime. 6 out of 10 commercials on Belarus state-owned TV channels that project propaganda against the West are by Western companies. Mars and Proctor and Gamble dominate the list of advertisers. In December, state-owned Lithuanian Railways company stated that it would continue transporting Belarusian potash despite U.S. sanctions on Belaruskali, the main producer of potash fertilizers. The controversial statement led to the resignation of the Lithuanian Railway CEO and a decision to terminate the Belarus potash transportation agreement.

Regardless of the extensive sanctions, the Belarusian economy reported positive trends in 2021 due to the market’s potash price increase and increased exports of other goods, including timber and cement. However, the IMF says Belarus faces economic decline in 2022, predicting the GDP of just 0.5%, and recommends decreasing governmental expenses to cut down on external borrowing.

The Belarusian authorities, foreseeing the future economic hardship,  shift fiscal responsibilities to the private business and the Belarusian population. Telecommunication prices, the tax rates for rental income, and individual business tax increase were announced in December.