Here’s what you may have missed:

Lukashenka states Belarus will go to war if Russia or Belarus is attacked; the U.S. warns against a possible Belarusian intervention

With Russian troops and military equipment flooding into Belarus, the state media and officials in the country have raised the temperature of manipulative and warmongering rhetoric against Ukrainian leadership to prepare the populace for a potential joint military action with Russia against Ukraine. 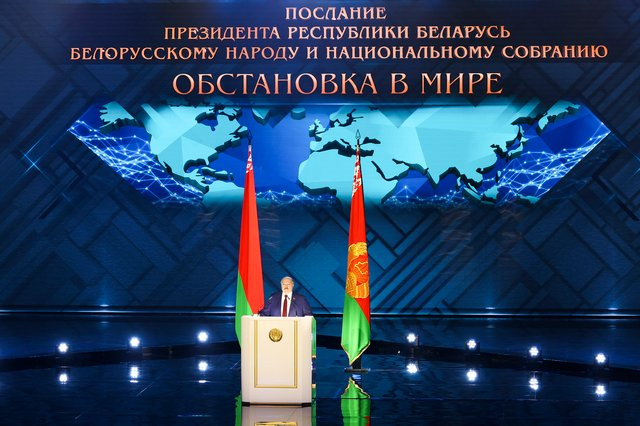 In his annual state-of-the-nation address this week, Alexander Lukashenka announced he’s willing to side with Russia and go to war with Ukraine if either of the two countries is attacked. He claimed he does not want a conflict but that there will be a military response in case of aggression:

These statements were made as Russia continued massing its forces in Belarus, most of which are stationed close to the border with Ukraine. Apart from troops, the forces include two battalions of S-400 surface-to-air missile systems, Sukhoi Su-35 fighter jets, and a Pantsir missile system. The Russian Defense Ministry said that these forces are deployed for the upcoming joint drills in February.

The concern is that the forces, in addition to over 100,000 Russian soldiers gathered around the Ukrainian border, will be used against Ukraine if the Kremlin decides to launch a full-scale invasion. In that scenario, the invasion will be taking place on three fronts: from the north, carried out by the Belarusian army, from the Russian mainland in the east, and from the south from the Crimean Peninsula. The ongoing diplomatic efforts by the Western countries to find a peaceful solution to the crisis so far have not alleviated the risk that Russia will go ahead with an invasion.

The U.S. State Department issued a statement warning Lukashenka of a “swift and decisive response from the United States and our allies and partners” if Belarus allows its territory to be used for an attack on Ukraine.

The U.S. charges 4 Belarusians over the hijacking of a plane with a prominent opposition journalist 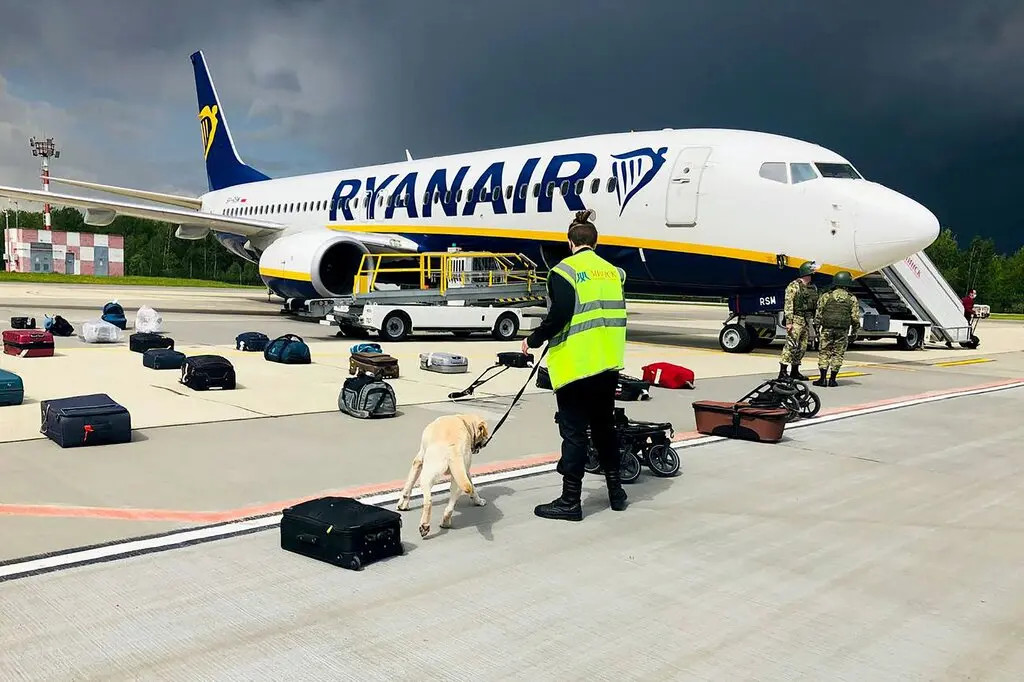 Prosecutors in Manhattan have charged 4 Belarusian officials involved in a forced landing of a RyanAir commercial plane back in May of 2021. Among the passengers on board, 170 in total, was Raman Pratasevich, a 26-year-old opposition journalist and author of NEXTA – a popular opposition channel with millions of followers. The Belarusian authorities claimed that the plane had a bomb on board and scrambled a military jet to force the airliner to land in the Minsk Airport. No bomb was found on board, but Mr. Pratasevich and his girlfriend Safiya Sapeha were taken off the plane and subsequently detained – an act widely seen as state-sponsored hijacking.

Although the incident revolved around the ongoing repressions in Belarus, U.S. prosecutors moved ahead with the indictment, which was filed on Thursday in Federal District Court, since there were 4 U.S. citizens on board.

“We are committed to holding accountable these central participants in a shocking conspiracy to commit aircraft piracy that not only violated international norms and U.S. criminal law, but also potentially endangered the lives of four U.S. citizens and scores of other innocent passengers on board,” Damian Williams, the U.S. attorney for the Southern District of New York, said in a recent statement.

The indictment ran parallel to the publication of a report by The UN’s International Civil Aviation Organization (ICAO) on January 17. The report clearly stated that the bomb threat was false and that Belarusian authorities manufactured it with the sole purpose of arresting the dissident.

Russia mobilized its Armed Forces from the Far East Military District for deployment in Belarus. Officially, the troops, currently transported via a gargantuan logistics operation, are to participate in the joint military maneuvers “Allied Resolve 2022”, which are scheduled to conclude on February 22nd.

The Russian military appears to focus on developing the air defense capabilities in the region, including joint air patrols, deployment of S-400 surface-to-air missiles in Belarus, and the creation of a joint air defense command center. Starting on February 10, the joint force will focus on border patrol, preventing illegal combat groups from entering Belarus, cutting illegal supply lines from abroad, as well as searching, blocking, and destroying any anti-government groups that may form in Belarus. The Russian troops arriving from the Far East are scheduled to become a permanent rotation force in Belarus, similar to NATO’s Enhanced Forward Presence. 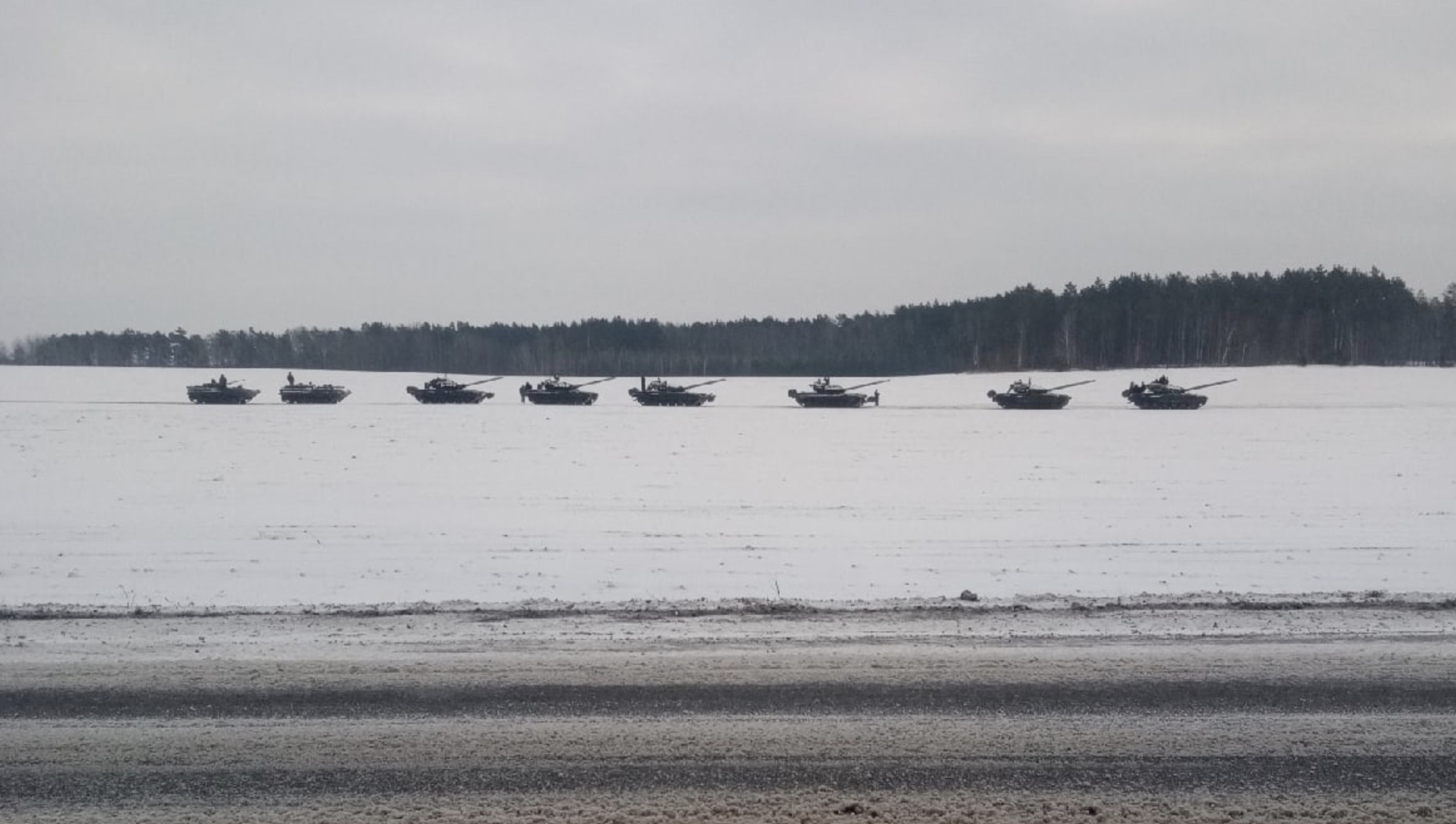 Increased Russian military presence in Belarus is the latest step towards eliminating Belarus' waning sovereignty. Lukashenka has already signed a set of symbolic integration agreements with Russia and officially recognized Crimea as part of Russia, all in exchange for material support of his regime. The current maneuvers and potential war in Ukraine will likely result in a permanent Russian military presence in Belarus and a constant source of military threat for Eastern Europe. This has already been noted by Lithuania’s foreign minister who has declared Russian troops in Belarus a direct threat to Lithuania, calling NATO and the United States to deploy more troops in the region. The U.S. is concerned that the next step in escalating Russian presence in Belarus is the deployment of nuclear weapons. The move has a precedent: in 2018, Russia deployed nuclear-capable Iskander missiles in Kaliningrad. With regards to Belarus’ involvement in a potential invasion, the U.S. State Department spokesman Ned Price warned of a swift and “decisive response” the country will face, should it “allow its territory to be used for an attack on Ukraine.”

State institutions in Belarus are deteriorating

Despite the brutal assertions of power by the Lukashenka regime and ceaseless propaganda from the state-controlled media, Belarusian society has not changed much since the pro-democracy 2020 protests. Less than a third of the population supports the existing leadership of the country, and the social tensions in the society are high. According to the Chatham House Report, most of the population is concerned by a lack of personal safety, and the trust in state institutions is extremely low, below 30%.

Amid the grim public mood, the Belarusian authorities claim stability and prosperity. However, Belarus’s Corruption Perception Index dropped six points in 2021, indicating that the country slid down into increased autocracy and a profound reduction of media freedom and human rights. Transparency International cites “grand corruption,” “consolidating power around the highest political elites,” and the disappearance of checks and balances in the society.

The upcoming referendum on the Constitutional amendments might deepen the political crisis even further. In the conditions of total control of the electoral process by the regime, there is little doubt that the amendments presented to the public just a month ago would be “passed.” With the referendum a month ahead, the regime feigns enthusiasm and shows a picture of public engagement in discussing the amendments. However, 68 years old retiree Mikalai Vitsikau was detained and placed under preventive arrest for sharing his opinion on the amendments with a local newspaper.

In a three-hour speech in front of parliament, state officials, and loyalists on January 28, Lukashenka claimed unity but sowed discord into Belarusian society by threatening more repressions against dissidents. Blaming sanctions on the political activity of Belarusian political refugees, Lukashenka threatened to persecute relatives of the exiles if they don’t return and repent. Days after the speech, a criminal case was opened against prominent Belarusian pro-democracy leader Pavel Latushka’s daughter Yana Latushka, and his cousin Anatol Latushka was detained.

Projecting anger at the Belarusian diaspora abroad, Lukashenka inadvertently admitted the prominent role of the political exiles in keeping Belarus in the world’s focus and instigating the economic sanctions imposed on the regime for its crimes against humanity.

The Faces of the Revolution

Suppression of the civil society

Keenan Cable No. 74: Crisis in Belarus: Main Phases and the Role of Russia, the European Union, and the United States
https://www.wilsoncenter.org/publication/kennan-cable-no-74-crisis-belarus-main-phases-and-role-russia-european-union-and-united